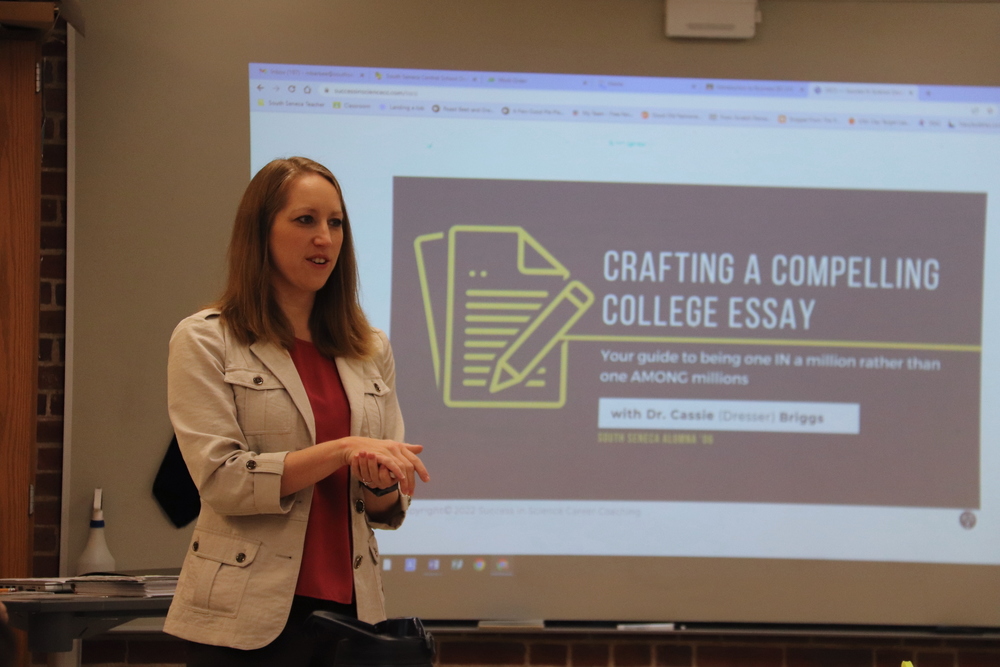 For Dresser-Briggs, it was nothing more than a chance to give back to “the school that built me.”

“So many people,” she added, “including Mrs. Thompson, Mr. Ruth, Mrs. Frossard, Mr. Zajac, Coach Babcock, Coach Butterer, Coach Gilfus, and so many others poured their hearts and soul into helping prepare me for the future. They opened my eyes to my own potential. I wanted to partner with the current admin and staff to do the same for the current students, hoping that they would find some added encouragement from an alumna.” 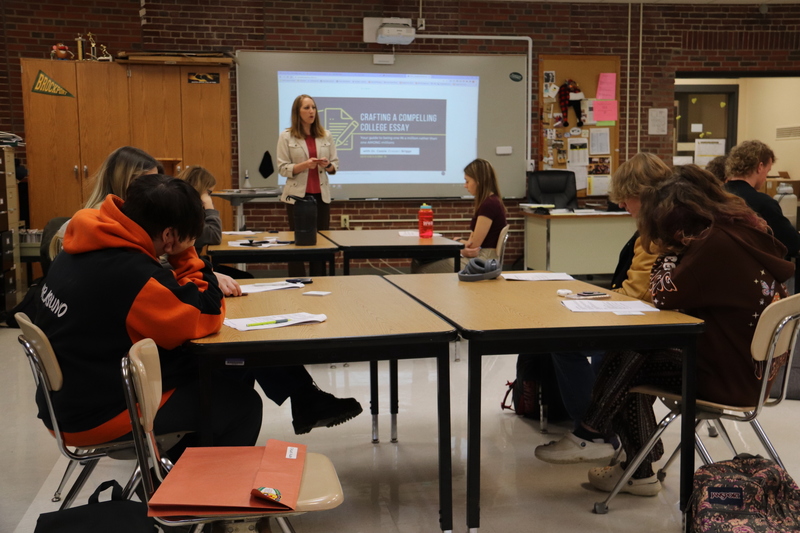 After graduating in 2006, Dresser-Briggs got her Bachelor’s degree from Hartwick College, where she played volleyball and basketball, and majored in biology, and began studying crayfish. She then got her master’s degree in conservation biology from Central Michigan, and continued her crayfish research – and also met her husband, Andrew.

After that, she headed to the University of Tennessee - Knoxville and earned a PhD in Ecology & Evolutionary Biology studying conservation genetics in endangered bog turtles. From there, she went on to teach at Michigan State University for five years. In 2020, she launched her own career coaching business, and has been doing that full-time since May, while also raising her two-year-old son Carson, and eight-month-old son Landon.

The goals of her workshops for South Seneca students was to bring some of her professional expertise to a familiar local level. Building your personal brand in the modern day landscape is extremely important, whether you’re applying for a job, or applying for college. Dresser-Briggs hopes those in attendance walked away with that overarching theme. She added that she wished she had learned much earlier in life how to make the right decision when choosing the right career or major.

If any students get better at making those decisions because of her workshops, mission accomplished.

“The goal of the workshop in a nutshell,” Dresser-Briggs explained, “was to help students understand what a brand is, why it's important, and how to craft it. Consider that there are three doors you could walk through to get a job. One is the front door, that's a job ad on a job board - it's crowded, your brand can help you stand out. Another door is the side door, that's the job opportunity someone in your network sends you directly – it's far less crowded, but you need a passcode, your brand helps you build your network so that when an opportunity comes up, people reach out to you. And yet another door is the back door, that's the job opportunity created for you specifically - there is no crowd at that door, but it requires a VIP pass, your brand is so appealing to an organization that they create a job for you just so that they can have you on their team.” 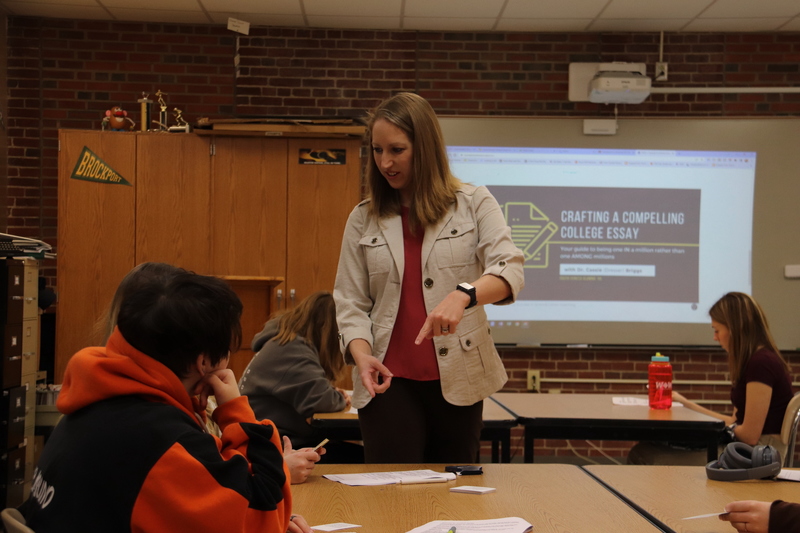 Interestingly enough, Dresser-Briggs noted that current South Seneca staff, not just the students, seemed to find great value from the content she covered. She was also very encouraged by the feedback she got from students during her workshops.

“I also held one-on-one mini coaching sessions and group coaching sessions for students and that's where a lot of questions surfaced. Most of the questions were related to 'What are my career options in (a certain field)?’ and 'What kind of salary can I expect?’ But some questions were about how to be more consistent with productivity, what skills are important if you want to run your own business someday, and what to expect from college classes.”

She added that when she thinks about her workshops having just the tiniest of positive impact on these Falcons of the future, that’s the most rewarding part of this whole process.

“I am most excited about how this information will serve them in the future and help them be successful,” Dresser-Briggs said. “I can't tell you how many students and clients come back to me two or three  years down the road to share how something I said or an exercise they did in one of my sessions helped them accomplish something. Music to my ears! At this level, it's important to start planting the seeds. The seeds may not be in fertile soil right now, but I'm confident they will be ready to germinate as soon as they are!”

If you are interested in learning more about Dresser-Brigg’s workshops or personal coaching, you can learn more about her services at successinscienceCC.com.