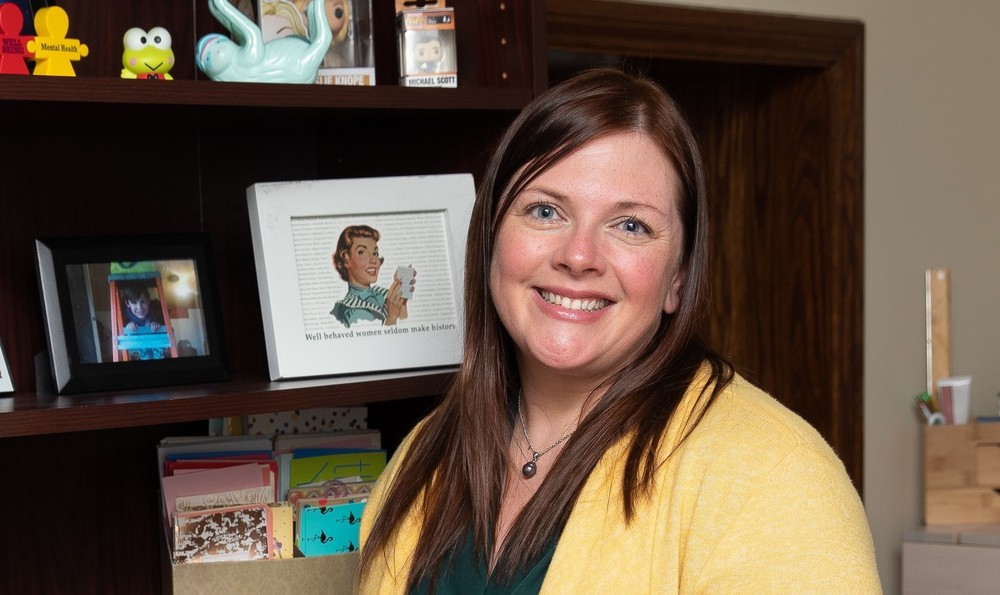 Amie Hendrix graduated from South Seneca High School in 1999. Since then, she’s been up to quite a lot.

Hendrix has been serving as the Deputy County Administrator (DCA) for Tompkins County since fall of 2018. Beginning in March of 2020, she took on the role of Emergency Operations Center Commander to lead the county’s COVID-19 pandemic response efforts. As the EOC has begun to wind those efforts down, Amie recently returned to her role as DCA. Her areas of focus include health & human services, planning, energy & environmental quality, and housing & economic development. She supports the program areas of innovation, workplace climate, and performance measurements.

Prior to stepping into county administration, Hendrix served as the Tompkins County Director of Youth Services for nearly eight years. Before that, Hendrix got a theater degree from Niagara University and a Master's in Strategic Leadership from Roberts Wesleyan College.

Hendrix said the seeds of her professional journey were indeed planted in Ovid.

“Going through the South Seneca Central School District,” she said, “definitely gave me the educational tools I needed to keep pushing forward. Things like understanding government, and giving back to the community through community service programs at an early age were crucial for me. Some of the time I spent in performance arts programs definitely have gone a long way in helping me with public speaking. It’s also where I developed strong writing skills. It will always be a big part of who I am.”

Hendrix needed all of those tools when she found herself leading Tompkins County’s fight against COVID-19. She said it was one of the biggest challenges of, not only her career, but her life.

“I think the biggest challenge was the unknown,” she recalled. “Not knowing what to plan for. And having to change and pivot direction at any point as it progressed. As well as balancing the community and the members of the public. It was fast-moving, but also slow-moving in some ways because any decision we made immediately impacted our 100,000 residents.”

“And so it was about bringing all of our different partners together,” she continued, “and being in touch with our colleges, our school districts, other community organizations – to ultimately figure out what we were doing was indeed best for our community. I think our success is a testament to all the work that’s been done. While we have lost some community members, it hasn’t been as high as some other surrounding communities because I felt like our community really responded to our public health officials.”

Now back in her normal county role as DCA, Hendrix said her job entails overseeing 28 departments and more than 750 employees. Those departments run the local government for Tompkins County. So everything from highway to social services, to aging and veteran services, to economic development, to the airport – all of those departments report to her.

Looking back at her time in South Seneca hallways, Hendrix admitted she never imagined she would be where she is today. But if she looks closer, she said, she can start to see how the puzzle pieces fit – even way back when.

“I volunteered for the Red Cross, and other organizations,” she said. “I always enjoyed the school experiences that connected us to the greater community. Being a small school, it had a lot of tight-knit groups of friends. Definitely, the teachers supported those groups as well. It had a lot of different resources for a small community school.”

Hendrix said when you grow up in a small town in a rural community, sometimes it’s hard to think about envisioning yourself ending up in a local career path. She added that she hopes South Seneca students realize how much opportunity there is not too far away.

“When you’re young, home feels like a place that holds you down,” she said. “So you don’t explore what you have right around you. But I think for me, it was actually the act of going away to college that made me realize how great this region is. I think the thing that brought me back here is that there’s so much opportunity.”

“When you look at career paths,” she continued, “there’s a lot right here that you don’t necessarily think of when you’re in high school growing up. Don’t limit yourself. There are so many different opportunities in every field, even locally. Sometimes it’s just taking a moment to talk to people to see what those opportunities are.”