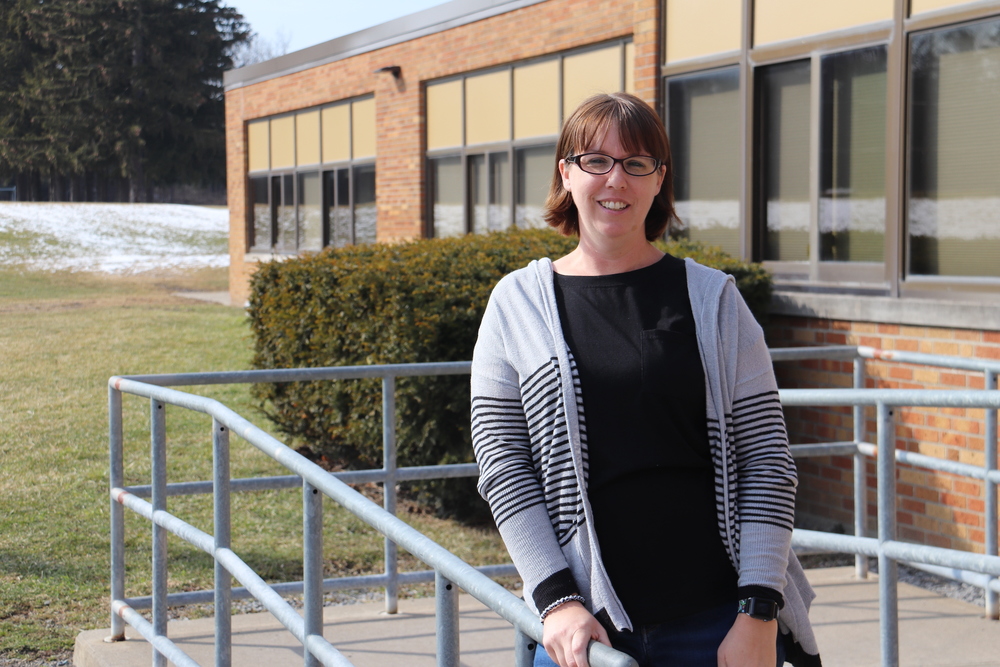 Amy Williamson has been a teacher’s aide in South Seneca Elementary School since 2014. Most days, she goes into work, helps teachers and students anyway she can, and goes home.

Tuesday, March 9 was not most days. That was the day Williamson came to the rescue of a kindergarten student who was choking on his lunch.

“Amy noticed a Kindergarten student coughing forcibly during lunch and addressed him right away,” he said in an email. “She quickly realized he was choking and immediately began the heimlich maneuver to dislodge the food. From beginning to end this was a scary 20-25 seconds, but because of Amy's quick, calm and decisive actions, the student was OK and right back to normal. Thank you Amy! We are all indebted for your life-saving actions!”

Since the incident took place, Williamson said she has been overwhelmed in more ways than one. She recalled what happened as a scary, intense situation, but one where she was so happy it turned out the way it did, and that she was able to come through.

“I was actually getting ready to go home,” she said. “I had to leave at noon. And as I was getting ready to go I noticed a kindergartner – and he was struggling. He couldn’t breathe. He was just standing there, staring at me. No cough, no nothing. There was nothing. He was just not breathing. So I immediately got down there and did what I’ve been taught, the Heimlich. Finally after three tries, all this food came up. And he was OK. He was fine.”

She said her instincts were to just do what she’s been trained to do – the Heimlich maneuver, which she noted she had recently been retrained in.

“It was a little scary,” Williamson admitted. “It was a little crazy in that moment. I think both for him, and me, really. It was a crazy situation. It gets so loud in there. And he was so quiet, obviously. So it was very unlikely anyone was going to notice what was happening. Fortunately I was in the right place in the right time and was able to see it when I saw it.”

Williamson said the student was certainly shaken up when the incident happened, but seemed to be back to himself the next day.

“I think he was just scared,” she said. “Because he was asked if he was OK right after it happened and he said ‘no.’ I saw him eating the same thing today. I said ‘hey now, be careful please!’”

The email thread Rundell started to thank Williamson for her heroics was still going strong throughout the week, as dozens of her peers and coworkers replied to it thanking Amy for being there when it mattered most.

“It’s really overwhelming,” she said. “But it does make you feel appreciated. Anyone here could have done what I did, but it is really nice to hear everyone acknowledge it. I love it here. I’ve been here eight years. I love being here with the children every day. The staff is the best.”